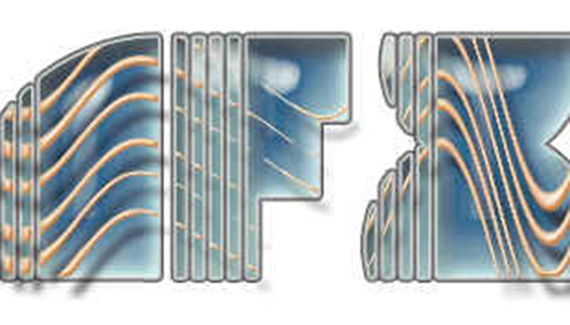 There is a way, however, to pull a Style effect, such as a drop shadow or such, from the layer it was applied to and give it its’ own layer, on which it may be manipulated, edited, or set on fire.

2) Create a new image. If it isn’t already, fill the background layer with white.

4) On the new layer, enter some large type with the Type Mask Tool.

5) Select 2 somewhat opposing colors for the fore and background colors.

6) Fill the Text Selection with one of the colors.

7) Let’s set up a style for this layer. Click the Add Layer Style icon on the bottom of the layers palette, and click on Bevel/Emboss. 8) Apply a bevel with settings similar to those seen in the capture below. Ok, that was exciting… but what does it have to do with the original premise of this tutorial? In this case, probably not much… yet. But say I have another layer with styles applied above the type layer? Case in point, take a look at this.

Right click on the layer style inside the Layers Palette. In the menu that pops up, go down the list and select ‘Create Layer’. This will drop all the style effects in their own individual layers where you can manipulate them. In the Layers Palette, select the layer that now holds the Drop Shadow from the style, and hit Delete. This will wipe away the excess drop shadow from outside the type boundary, while still allowing it to show up inside the plastic/glassy text. That’s about all this week. Until next time, I’ll see you at Action Fx!