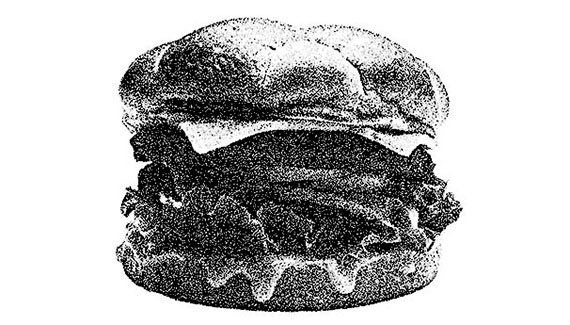 A mezzotint is a way of reproducing a photograph in black and white with etched lines instead of the familiar “dot” pattern of a typical halftone. Photoshop’s Mezzotint filter won’t give you a good mezzotint, but you can achieve true mezzo happiness with this tutorial. (Photo courtesy PhotoSpin.com) Step 2
A mezzotint looks cleaner when the original photo’s edges are nice and sharp. Go to Filter > Sharpen > Unsharp mask…, and set the Radius to between 5 and 10 for a really sharpened effect. The “haloing” effect you get from extreme sharpening is all right, as it will help hold detail in the mezzotint. Step 3
We need to give our image a mezzo-like pattern, so we’ll use Filter > Pixelate > Pointillize. Set the cell size to 3 or 4 for smallish points. Step 4
Now for the cool part. Tap on the Add Adjustment Layer button, and select Threshold. Threshold will change all you pixels to either black or white, with no shades of gray. The Threshold Level determines where the break between black and white occurs. In this image, the default of 128 works well, but feel free to experiment to get the look you like. (Use the adjustment layer without pointillizing it first, and you’ll have a stark poster-like effect.) Step 5
For most images, that’s all you need to do for a great mezzotint. With this image, however, the upper bun is a little light in the mezzo. Every adjustment layer comes with a built-in layer mask, however, so paint out the top bun with a black paintbrush. Step 7
And there you go– lunch in the Mezzotint Cafe. Knock off a Few Quick Pounds